What does Leopard eat?

The leopard feeds mainly with boars and deers, and sometimes with birds and rodents. He hunts alone, at night, and always in ambush. He can make really high and long jumps, also can climb and swim. All that combined with his accuracy and speed and tactics of attack, almost always guarantees him food.

The leopard hides his food from hienas and other animals by leaving it on trees. Usually he never attacks humans, but sometimes there are human casualties. Sometimes they even get to populated places and attack cattle. 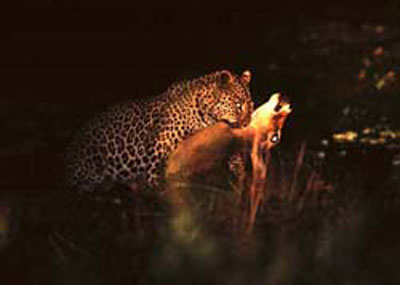