The cow became domestic animal more than ten millenniums ago. It originates from the wild cattle (Tura). The wild cattle differ from the cow in its large size and fiery temper.

The bull was shinny, black with silvery whitish stripe on its back and ginger rosette-like fur on its forehead. Its horns were long and with sharp end.

Nobody dared to attack the fierce Tura, and the wild female cattle was smaller with nut-brown ginger fur.

The wild female cattle were target of hunting and they were hunted to extinction. The last wild cow died in 1627 in Poland so its species disappeared completely, but now there are different species domestic cows.

Today's domestic cattle are different in appearance. They are colourful or in one colour, smaller or bigger. Bulgarian breeds "gray cattle" (Iskar Region) and the small cattle with short horns from mountain regions of Rodopi and Balkan Mountains do not distinguish with high milk production, but they are not picky in regard to the food, they are resistant to disease and they can bear the cold weather.

By means of crossbreeding with cattle from other countries are created the Red (Sadovo Region) Cattle, as well as the Bulgarian brown cattle (Kulsko Region). Some Russian breeds produce large amounts of milk – Kostroma cattle and Jaroslaw cattle.

Domestic cattle's lifespan is 18 - 20 years. They are herbivorous ruminant animals. One dairy-farmer can take care approximately of 50 cattle. They are placid animals. In the past people used them as draft animals.

The female cattle give birth to one calf per year. The veal meat is very tasty. The meat of the cow is also important, but of greater importance is the milk which the cow produces. 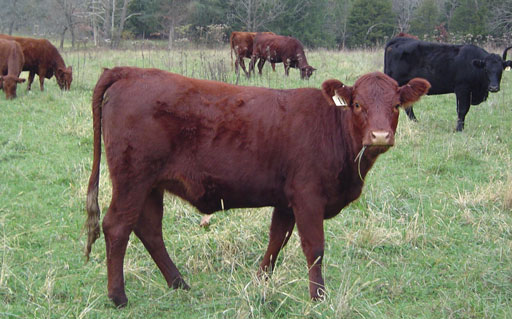